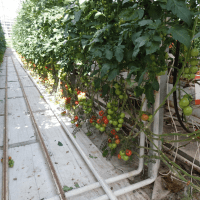 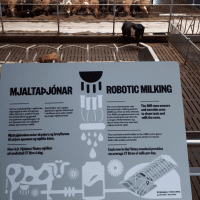 Agritourism in Iceland : be inspired!

Although still not extensively promoted in France, agritourism is a source of turnover for producers which provides a real boost to their yearly profits. It tends to attract a more urban population seeking for contact with nature and feeling the need to get back to basics.

In France, agritourism represents one third of tourism. Agricultural marketing is gradually gaining momentum. An example worthy of note are marathon events held for wine enthusiasts: Vignole d’Alsace marathon, Médoc marathon, Blaye marathon… An opportunity for local producers to place themselves in the limelight in a fun setting. The platform Bienvenue à la ferme has provided more than 6,500 farmers with the opportunity to bolster their visibility. Airbnb has also had a part to play in this through the signing of a partnership with the Eure-et-Loir region with the aim of promoting the rental of rooms located on farms, which has in turn contributed to the development of this trend.

To inspire those interested in embarking on similar ventures in France, InCapsule shares a few innovative examples in the agritourism sector picked out during the latest TrendTour in Iceland.

InCapsule came across a unique farm which is a delight for the taste buds: Fridheimar. This farm specialised in tomatoes is a fine example of successful agritourism. The restaurant, set up in a tomato greenhouse where one can consume tomatoes cultivated under one’s very eyes, serves the fruit as a soup, cocktail or alcohol, to be savoured at the farm or to take away. Emphasis is placed on the eco-friendly approach: bees pollinate the tomatoes in a kind of hive and the entire production process functions with geothermal energy with regard to which Iceland is number one worldwide thanks to the volcanoes which keep its soil warm. The farm totals 5000 m3 of greenhouses and 10 employees, with one ton of tomatoes produced per day. It supplies the entire island which thus no longer depends on imports from the Nordic countries. It has to be said though that Iceland gets a helping hand from geothermal energy which enables to farm all year round despite the extreme climate that prevails.

Efstidalur was first established in 1750 and has been handed down from generation to generation. This has always been a traditional farm although its scope of activity is what makes it stand out! Indeed, in response to the development of tourism in Iceland, the seventh generation has broadened the scope of its activity by suggesting a range of services: restaurants, boutiques, purchase of fruit and vegetables or even meat produced on the farm. Everything is obviously organic! The promotion of local produce is particularly prevalent in this family which has been doing nothing but this for centuries. Not only is it possible to sleep there but the family also organises horse riding trips during the summer season. Tourists may also taste milk and artisanal ice cream produced on the farm.

They are particularly good at emphasising their added value through a highly refined marketing strategy: in a country like this were the nights are long, it is necessary to be creative to renew oneself and attract the local population as well as tourists.

This farm is self-sufficient and does not lose out on any profit as tourism boosts production and sales. Through this “Innovator Farmers” positioning, farms have become real businesses with a clearly defined marketing strategy to bolster awareness and sales of their produce.

This is a farm that succeeded in turning the flourishing tourist trade in their area to their advantage. Iceland is a particularly large producer; on an island like this, profitability is key. As a result of new trends, consumers want to be more enlightened about what ends up on their plate. Indeed, consumers often tend to go straight to the producer rather than to a supermarket. They are thus heading back to the source of the produce, vegetables or meat they are going to consume.

InCapsule discovered an almost totally automated farm that makes full use of artificial intelligence technology! Indeed, only a few people are required to supervise the farm, representing one third of the number of employees in conventional factories. Cows are regrouped depending on their state of health: cows which are pregnant, less fit… and are moved when they need to be milked. The factory is at the cutting edge of technology, thus enabling a faster milking process.

Just like in France, the Fridheimar or Efstidalur farms suggest activities, provide lodging (guesthouses, inns, campsites, rooms…) or even organise events and meals on the farm with their own produce. The use of marketing in Iceland represents an inspiring innovation. Farms are run according to tried and tested business models and thus become enterprises in their own right with concrete marketing objectives. Thanks to this approach, the bond with consumers is modernised while preserving authenticity.

After this escapade to Iceland, InCapsule delved into Icelandic culture to gain a better grasp of the innovations… to inspire you!

Do not hesitate to contact us to discover our inspirations gathered worldwide during our TrendTours! 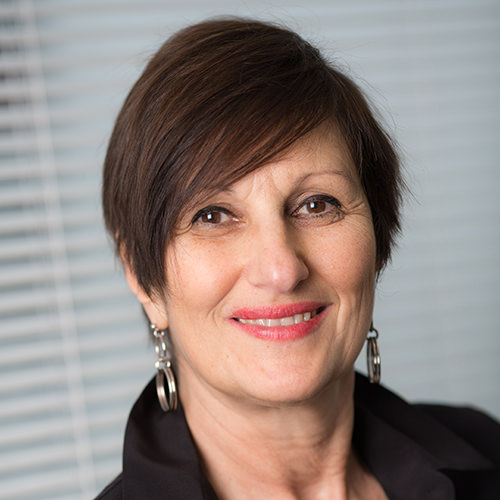 By continuing to use the site, you agree the use of cookies. We use cookies to improve your experience on our site and to show you relevant advertising.Ok+ infos