Bénédicte Epinay, Comité Colbert CEO, shares her reactions to the findings of the study entitled “French Luxury, a Dependable Asset for Tomorrow’s World” and discusses some of the challenges addressed by the Comité Colbert.

The Comité Colbert unveiled in 2020 its raison-d’être, namely “French know-how and creation: promote with passion, pass on patiently, develop sustainably to inspire dreams” as well as its renewed goals. Could you explain how this statement guides the projects of the Comité and its luxury Maisons members ?

Promote, pass on, develop and inspire (dreams) are four verbs that structure our actions and fully encompass the power and influence of French creativity while actively addressing the issues faced by contemporary society.

Ever since its creation, the Comité Colbert has relentlessly been working hand in hand with the authorities in Paris and Brussels to protect the specific characteristics of one of the powerhouses of French industry.

The Comité is a key player when it comes to defending intellectual property and contributed to setting up the French Longuet law in 1994. It deploys general public awareness campaigns and strives to obtain European legislation that effectively fight both offline and online counterfeiting. Being a keen advocate of the freedom of companies to organize their own retail network, the Comité is also intent on helping preserve selective distribution in Europe.

Furthermore, the Comité is committed to helping Maisons establish themselves internationally by adressing market access restrictions and regularly organizing promotional campaigns and events for its members abroad.

The future of the luxury sector depends on its capacity to pass on its core values, i.e. know-how and creation, to the next generations. This entails recruitment, training but also first and foremost awakening vocations. Of course, this represents a massive undertaking for our sector, which is indeed flourishing, but is nonetheless feeling the pressure in many areas (jewelry, fashion, fine wines and spirits, hotels and gastronomy…).

The Comité Colbert Know-how and Creativity Commission has taken upon itself to actively address this situation. We have thus bolstered partnerships with education institutions (Colbert chair at the ENSAAMA for 11 years, and also the ENSAD, Penninghen) and participated in the Olympiades de la Jeunesse held at the Invalides end of September. We established closer ties between our Maisons and three associations, part of the “L’Ascenseur” group of associations, whose mission is to promote equal opportunities. More recently, we initiated a discussion with the French Ministry of Education to work on improving the extent to which qualifications meet the actual needs of our Maisons. To some extent, we are facing an emergency. The future of French luxury depends on our capacity to pass on our passion and know-how.

The Comité Colbert has set up a commission dedicated to sustainable development whose goal is to make the luxury sector a reference in terms of corporate, social and environmental responsibility.

The Comité Colbert x Ifop study entitled “French Luxury, a Dependable Asset for Tomorrow’s World”, published a few weeks ago, bears witness to the type of insights you wish to make available to Luxury Maisons and more generally share with the markets at large. From your standpoint of luxury sector expert, what are the two key findings that are most relevant with regard to the future of the sector?

First of all, the welcome confirmation that French luxury is succeeding in pulling through the challenges brought about by the pandemic. France remains the country that best incarnates luxury, well ahead of Italy. The influence of the sector on the overall appeal of our country in China is a highly meaningful indicator; indeed, the Chinese mention France as the top dream destination. Luxury is closely associated with French art-de-vivre which against all odds is perceived as romantic and elegant.

The second important finding according to me is the high expectations that China has in terms of luxury Maisons’ environmental responsibility. Although until now this came up relatively little in trend surveys, it is now perceived as fundamental. In the years to come, brands will be judged based on their ability to lead by example and French luxury is fortunate enough to be characterized by a great variety of initiatives in these areas.

So this study encourages you to pursue the development of innovative initiatives for your members. We have heard of the launch of an inspiration booklet dedicated to your members’ CSR initiatives… Could you tell us more about the types of initiatives/state of mind you wish to promote in the future?

From inspiration to taking action! In June 2021 we did indeed publish an inspiration guide that outlines our Maisons’ most outstanding CSR policies. We ranked them according to the United Nations’ Sustainable Development Goals. In September, we published a highly operational guidebook focusing on CSR implementation and assessment steps to help our members who are somewhat less mature on this topic. In November 2022, the Comité Colbert will attend the UNESCO Earth University. We are convinced that the luxury sector should lead by example. “Appearance”, or what Pierre Bourdieu refers to as “the distinction strategy”, has always been central to the role of luxury in society. Under the influence of generations Y and Z who hold these issues particularly close to heart, these same objects are now in a position to shed light on the values of being itself, namely ethics, preservation of resources and commitment. A luxury object, now virtuous, makes me, a consumer, someone good. A feeling that is priceless. Just like luxury!

Looking to address the challenges encountered in the luxury sector? Call upon our Ifop team of experts!

Read the key findings of the report : 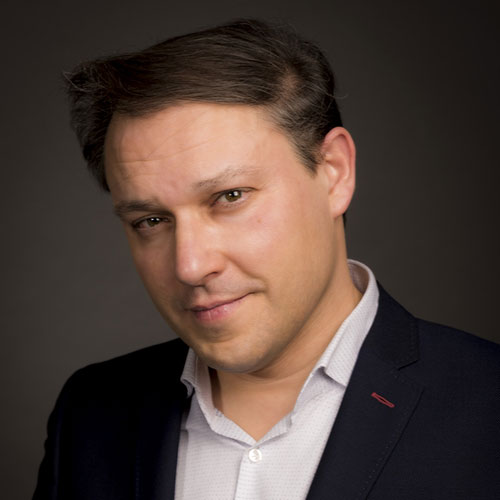